Naby Keita Proves His Worth Against West Ham Naby Keita could not have picked a better time to make debut in Liverpool than in their 4-0 win against West Ham. The performance he showed proved that he brought something fresh and different to the team.

If this win has made you as excited about football as it has made us, you should bet online with Cozino. Football slots are just as fun as watching a game and maybe even more fun than betting on football.

How Crucial is Naby Keita to Liverpool

Jamie Carragher, a former Liverpool defender, expressed doubts that Liverpool might not have enough skill in the middle of the field. At the time, he also added that he hoped Naby Keita could bring the necessary craft back to his old team.

His estimates proved to be right during Keita’s debut against West Ham. Only 46 seconds into the game, Keita produced a skilful flick, but the action that led to the first goal in the 19th minute really proved how good of an investment the £52.75 million were. It appears now that Liverpool has much more creativity in the middle of the field.

Keita Played a Key Role in the Opening Goal

The opening goal could not have happened if it had not been for Naby Keita, and who knows how the rest of the game would have developed from there if West Ham’s net was not shaken at this point.

Keita took the ball in the small opening in the space between West Ham’s center and defence and sent a perfect pass to Andrew Robertson who took it from there. This made it easy for the left-back to pass the ball to Mo Salah, who had a clean opportunity to score and took it.

It was clear that the goal would not be possible if it weren’t for Keita’s perfect second-assist pass. 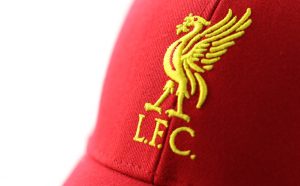 Keita Has a Unique Style of Play

One of the high points of Naby Keita’s play is that you never know what his next move is going to be. Players who guard him are never sure whether he is going to pass the ball quickly to a teammate or take it forward and tackle the opponent directly.

Even though this style of play might make problems for Liverpool as well, who might lose some certainty by gaining creativity, they are bound to get more than they lose. Keita is not an inexperienced player, he has already played this style of football at RB Leipzig, which has proven to be a big success. There is lots of evidence that shows the same will happen during his time in Liverpool as well.

1’ – Produces a nonchalant pass to Robertson

19’ – His action with Robertson and Salah leads to a goal

25’ – Creates a chance for Wijnaldum

37’ – Creates another opportunity for Salah

52’ – Dribbles Antonio and gets cheered by the crowd